In 1986 in Namkhai Norbu’s The Crystal and the Way of Light I read this eye opening paragraph: 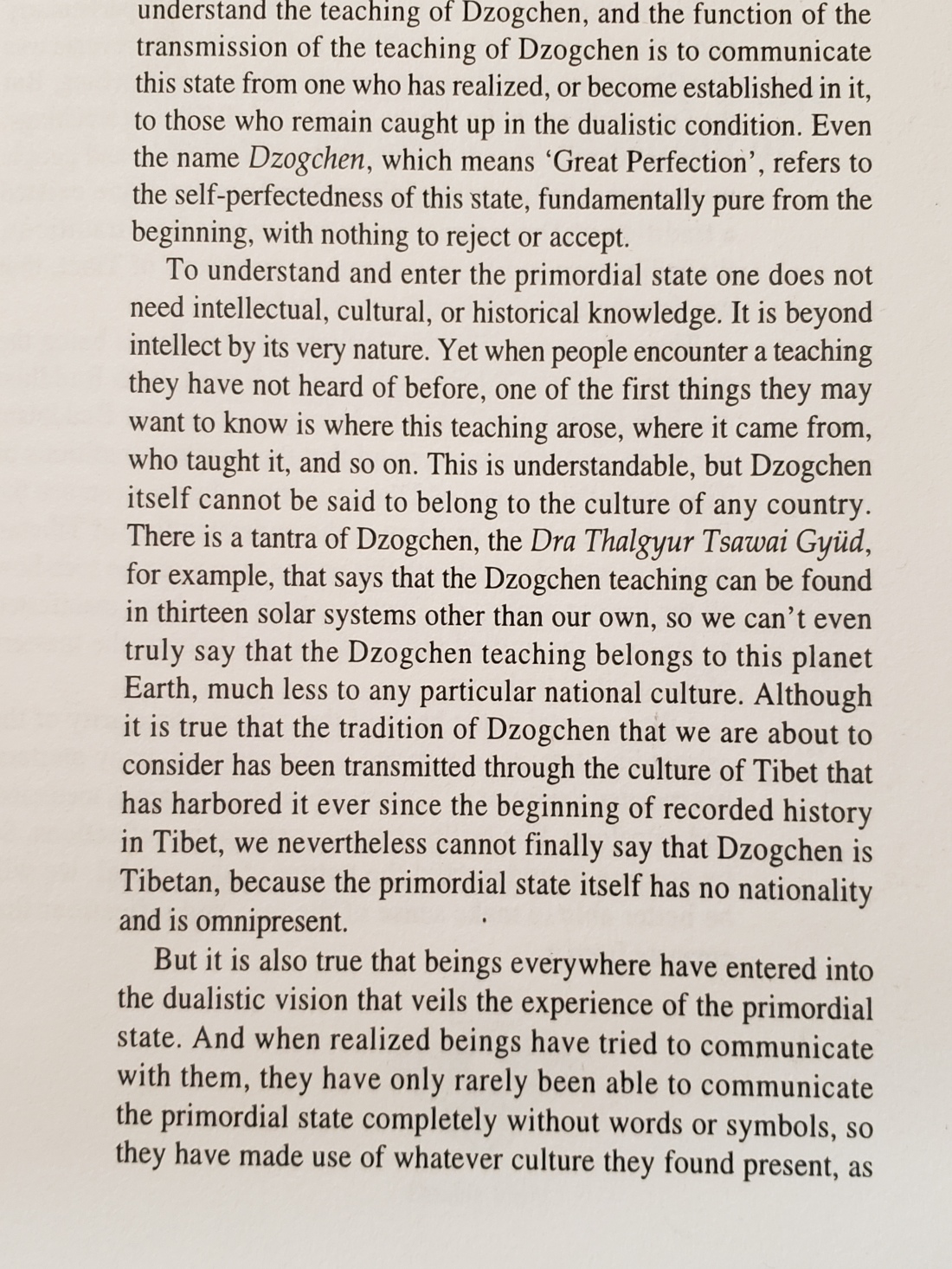 Then, many years later, this in his 1999 The Supreme Source:

Last year Chris Wilkenson (long time practitioner and translator) translated the above referenced text and I here repost the relevant segment from chapter one of the very long tantra. Reposted segment meant to help answer the “who ARE they” question (at this free site):